Sell a Car Fast L.A. or the Valley

The Valley of the Yard Sales

In George Lucas’s 1973 classic film American Graffiti, Richard Dryfuss’ character Curt is crusin’ with Ron Howard and his girlfriend as played by Cindy Williams, when at a stop light, in a beautiful white Thunderbird, angel goddess Suzzane Somers whispers those magical words, before taking a sharp right turn. Curt is crestfallen.

The magic of cruise night is a singularly original American concept. The tribal tradition of youth spending then cheap per gallon gas on endless back and forth slow rides up and down Van Nuys Boulevard dates back to the 1950’s and became not just a show-off your cool car exercise, but in fact a hummingbird dating ritual.

“Hey, you know John Milner? John Milner’s a good friend of mine. Hey, did anybody ever tell you that you look just like Connie Stevens?” 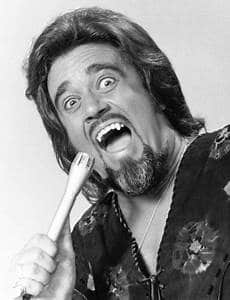 Fuelled by show-offy rich college youth of the 1950’s, and back tracked by the immersive style of disk jockeys like Wolfman Jack, the thing to do midweek was to shine up your ’49 Packard, fill it up with friends and take your place in line of that slow moving youth train past late night diners and closed auto parts stores. Races were the result of gauntlet throw-downs and soon screeching smoking tires took center stage as some guy was trying to impress some girl. Mostly it was mechanic nerds, but occasionally there was a real challenger.

Californians, more than any other Americans, love to own and show-off their cars. It’s a tradition which continues to this day, only instead of Van Nuys Blvd, it’s virtually every other street and highway in LA county. And nobody can compare to old classic cars. Restored and given new life in sort of a time portal from the past to now. I mean, really. Who wouldn’t want real cracked leather bucket seats and a nice scratchy dial radio over electric windows, temperature control and self-talking GPS.

So, the next time you feel a little inferior because your car ain’t spanking new? Just give it a wash and a shine and a kiss on the grill and get your old butt down to the boulevard in the Valley and roll and march proudly down a long American tradition.

The Valley of the Yard Sales